In December 2012, the British Columbia Securities Commission issued two notices of hearing, one liability and sanction decision, one sanction decision and two settlement agreements.  The Commission also issued one decision on jurisdiction and an Investor Alert. During December 2012, IIROC released one settlement agreement relating to a BC headquartered corporate registrant. The MFDA released no decisions or settlements against BC residents last month.

We’ve included a summary of a few of the cases below.

The panel found that, between 2008 and 2011, Sullivan knowingly made false statements while promoting GRG, a BC-based company that Sullivan claimed was in possession of oil spill clean-up and fire fighting technology. Sullivan is the director, President and Chief Executive Officer of GRG.

The panel also found that Sullivan used IMC, another BC-based company, to receive money from persons who invested in GRG. Sullivan is a director and officer of IMC.

A British Columbia Securities Commission panel permanently cease traded Brookmount, banned Flueck from the market for eight years and Sungur for five years.  The panel fined Flueck $65,000 and Sungur $45,000.  These fines must be paid before the market bans are removed.

In July 2012, a commission panel found that Brookmount, Flueck and Sungur made misrepresentations in news releases issued between February 2005 and June 2007. In doing so, the company also contravened the national mining disclosure rule.

Additionally, the panel found that Flueck and Sungur breached a BCSC cease trade order when they sold Brookmount securities in July and August of 2007.

Zulak and Davis admitted in a settlement agreement to selling Aviawest’s promissory notes from February 2010 to April 2011 without the company having filed a prospectus, and without having an exemption from prospectus requirements.

Zulak and Davis each agreed, in the settlement agreement, to pay $6,000 to the commission after cooperating fully with commission staff.  Zulak and Davis had no prior regulatory or disciplinary history.  Both remain registered as exempt market dealers.

Ross, a corporate communications officer, admitted in a settlement agreement to making materially misleading statements when engaging in investor relations on behalf of Aguila American Gold Limited. Aguila is a BC-based mining company that trades on the TSX Venture Exchange.

In the settlement agreement, Ross acknowledged that he made promotional statements about Aguila that he ought to have known were misrepresentations.  He also acknowledged that he breached a requirement in a section of the national mining disclosure rule to not disclose estimates of grade, quantity, and metal content of a deposit unless it has been classified as a mineral resource or mineral reserve.

Ross agreed, in the settlement agreement, to pay $2,500 to the commission.  Ross is also banned from engaging in investor relations activities for two years.

Recently, my colleague and I had the pleasure of presenting an InvestRight seminar to a group at the Metrotown branch of Burnaby library. The reception the presentation received was great, and we had a quite a few questions during and after the seminar. Last week, we provided answers to half of the questions we received. […] 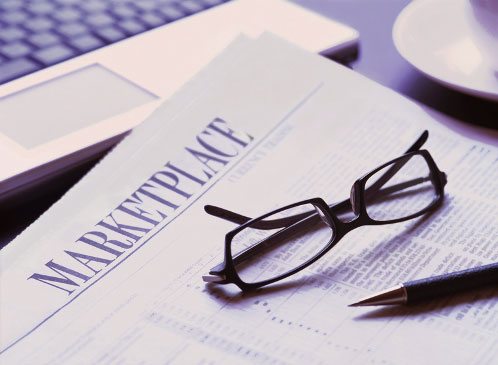