In a settlement agreement with the BCSC, Asia Finance Corporation Ltd., a New Zealand company, admitted it traded securities on behalf of BC residents without being registered, contrary to the Securities Act.

Asia Finance paid the BCSC $125,000 USD in respect of the settlement of this matter. Asia Finance has also been permanently banned from trading in or purchasing securities and from engaging in investor relations activities.

The agreement notes that HIFC and HPWS cooperated fully with BCSC staff over the course of their review and were quick to implement a compensation plan.

A BCSC panel issued financial sanctions against McLeary for failing to file insider reports and, because of his history of securities regulatory misconduct, issued permanent market prohibitions.

The panel ordered that McLeary pay an administrative penalty of $25,000.

A BCSC panel has permanently banned Spangenberg and two companies he incorporated from BC’s capital markets for perpetrating a fraud on investors and illegally distributing securities.

For their misconduct, the panel permanently prohibited Spangenberg, Odyssey, and geoTreasuries from trading or purchasing securities or exchange contracts. The panel has also permanently banned them from BC’s capital markets, and banned Spangenberg from acting as a director or officer of any issuer.

A BCSC panel has found that Ayaz Dhanani, who went by multiple aliases, perpetrated a fraud on three investors.

An MFDA hearing panel has issued its reasons for decision and confirmed its sanctions on Blundell.

An IIROC hearing panel has found that Gottfred executed discretionary transactions, made unsuitable recommendations, and failed to cooperate with IIROC’s investigation.

The hearing panel imposed the following penalties on Gottfred: 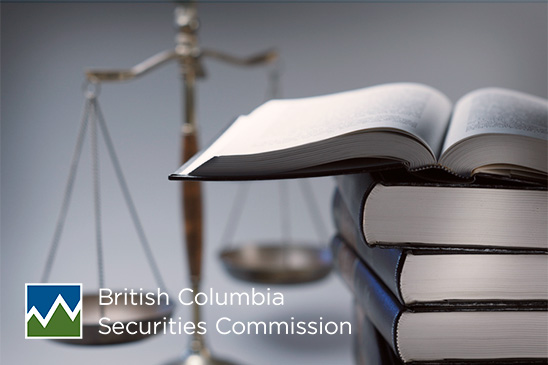 Every month we release an Enforcement Roundup blog that highlights all of the notable securities law decisions relating to BC residents in the previous month. We cover our completed regulatory cases and report on other self-regulatory organization’s decisions when pertinent. From time-to-time, we will also cover criminal cases related to our decisions or investigations. Our […]