BC Securities Enforcement Roundup – May 2015

A BCSC panel sanctioned Wood for lying to regulators and acting contrary to the public interest.

For his misconduct, the panel ordered Wood to pay an administrative penalty of $30,000. He is prohibited, for one year, from becoming or acting as a registrant, and from acting in a management or consultative capacity in connection with the securities market.

A BCSC panel found that Hong Liang Zhong committed fraud, engaged in unregistered trading, and offered clients false guarantees to reimburse them for any losses. In its decision, the panel declined to make separate findings of fraud with respect to the Forex firms involved.

The panel will make its sanctions decisions at a later date.

A BCSC panel has dismissed fraud allegations against Carnes, the man who ran the “Alfred Little” financial blog. The panel also dismissed staff’s application for an order in the public interest.

In a settlement agreement with the BCSC, Williams has admitted that he engaged in an illegal distribution of securities. Williams acknowledged that by introducing investors to the Global Group of Companies, he breached securities laws related to registration and prospectus requirements.

Williams has agreed to pay to the BCSC $8,775 in respect of settlement of this matter, and is prohibited from BC’s capital markets for a period of two years.

An MFDA hearing panel imposed sanctions on Hounsome after she admitted that, she contravened an MFDA rule by obtaining, maintaining and using blank client account forms signed by clients to conduct business.

The panel prohibited Hounsome from conducting securities related business in any capacity while in the employ with any MFDA member for a period of six months, and she must pay costs in the amount of $2,500.

Kujala was fined in the amount of $5,000, shall pay costs in the amount of $2,500, and is prohibited from acting as a branch manager or in any supervisory capacity for a member of the MFDA for a period of three months. 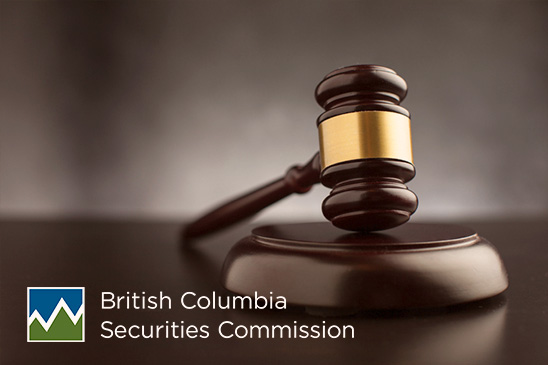 In this edition of the Enforcement Roundup, we summarize cases from this past summer. In July and August, there were six enforcement decisions from BC Securities Commission (BCSC) panels and one settlement agreement. We also feature a BC Supreme Court decision related to a BCSC investigation. The Mutual Fund Dealers Association of Canada (MFDA) issued […]